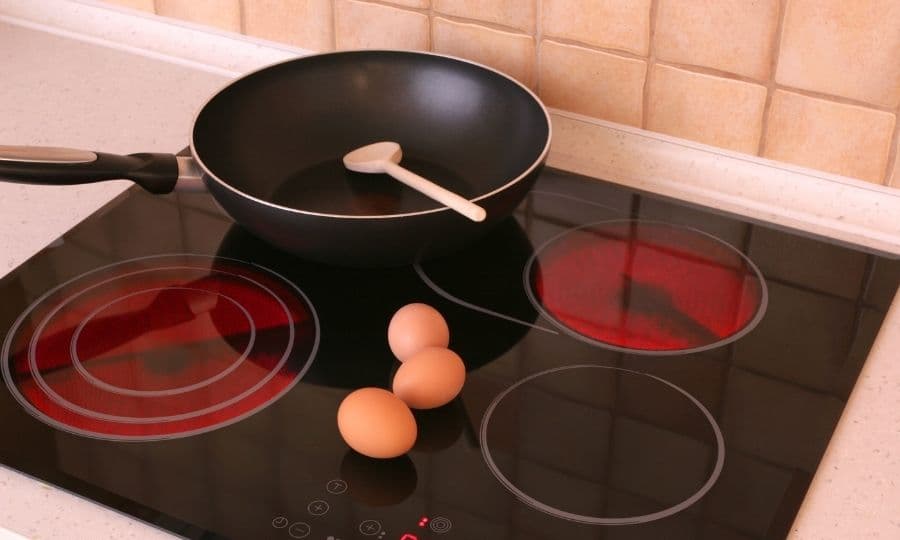 The latest technology’s accuracy and power are increasing day by day. With time, different appliances for cooking are also upgrading. Nowadays, induction and electric cooktops are utilized all over the world. These cooktops are used for cooking and are generally found in kitchens. They are used to transfer heat to the bottom of pots and pans.

Induction Vs Electric Cooktop, which one is better? let’s know the difference and try to understand what are pros and cons of each cooktop.

It uses an electromagnetic field to warm up a pot or a pan. It leaves the cooking surface cold to the touch. An induction cooktop cooks the food without warming up the kitchen. Since the covering of an induction cooktop doesn’t get hot, one can hold it with the fingers without burning them.

These cooktops can only be suited with that cookware made of ferrous metals like steel or cast iron. Cookware made of aluminum, clay, or even glass would not function with an induction cooktop.

The aluminum or glass cookware will only work if they have a layer of magnetic properties present at the bottom.

How to Verify Compatibility

If the pull is not present on the magnet, it does not have the correct metals. As a result, it will not generate heat.

These cooktops are made up of elements of coiled metals. These coiled metal elements settle down under a ceramic surface, warming the surface electronically to the ideal temperature. The generated heat warms the pot or a pan and prepares it for cooking.

Conditions of an Electric Cooktop

The wire gauge, which is a proportion of thickness, should be lower to prevent overheating.

An electric cooktop provides concentrated heat for the pans or pots.

How to Verify Compatibility

According to the material perspective, an electric cooktop functions well with cookware made of cast iron, stainless steel, copper, and aluminum.

One must know that an electric cooktop in the smooth glass or ceramic cooking range might be inclined to scratch from bumpy cookware.

Electric cooktops use radiant heat, which is produced when an element in the cooktop is heated and then glows. This means that the heat is coming from the bottom of the pan and it will slowly heat up your food.

With induction cooking, the electromagnetic waves are transferred from the coils into the base of your pot or pan so the heat is being produced directly in the cookware itself.

An affordable Induction Cooktop costs around 1,000 dollars. This range is a couple of hundred dollars more than a basic electric cooktop. The higher-end electric cooktops cost around 3,500 dollars which is very expensive than induction cooktops.

An Electric Cooktop absorbs heat in itself and keeps on retaining the heat even after it has been turned off. The electric cooktops do not cool down immediately. Due to less heat conductivity of a glass or ceramic material, heat is more bound to pans in the cooking zone.

An Induction Cooktop retains no heat as compared to an electric cooktop. No heat is wasted on this cooktop. An induction cooktop produces heat in an exceptional case, only if there is a magnetic metal conveyance. So, it is very good at keeping a cooler room temperature.

Induction cooktops arrive at the most significant temperature of 665.5°F. On the other hand, electric cooktops can get warmer, reaching a temperature of 741.8°F. They take a significantly longer time to cool when it is changed from high to low heat.

Induction cooktops are safer than electric cooktops. An Induction Cooktop discharges no heat besides proper metals. However, transient heat still emits around the cooking region. The remaining heat is practically nothing to none. It will disappear rapidly, but one is not prescribed to touch it with its hand or any part of the body.

An Electric Cooktop’s smooth tops are defenseless to harm from scratches. A glass or ceramic material can break if cold water contacts it when hot. So, an electric cooktop requires preservation daily. An electric cooktop risks a gas leak if it is not connected to a gas line appropriately. If a knob is turned enough, it adequately delivers gas without lighting. For safety, one must have a carbon monoxide indicator in his home.

The research indicates that an induction cooktop is more energy-efficient than an electric cooktop.

An Induction Cooktop’s energy efficiency is around 85-90%. The induction cooktops do not utilize more energy because it works on the law of electromagnetism. It simply creates a magnetic field that generates the current that flows through pans and pots, making the food cook. It transmits heat straightforwardly to cookware. In this case, less energy is lost through the cooking system.

Different researches show that induction cooktops are equipped for conveying as much as 90% of the electromagnetic energy created to the food in the pot.

While the consumption of energy of an Electric Cooktop is around 74%. It utilizes more energy for cooking the food because it transfers the electricity to the coils present inside the cooktop. Electric cooktops take more time to warm up. Sometimes, the magnetic coils produce uneven heat or waste lots of energy if one utilizes a smaller pan than the warm surface.

The difference between induction stove and a smooth-top electric range are that do not have any open flames or coils that produce direct heat so it is much safer than gas stoves, there will be no need to clean your oven as often as you do with a gas oven, and it is more energy efficient than electric ranges.

However, smooth-top electric ranges are cheaper than induction cooktops. But if you are looking for a stove that will give you even heat distribution and great cooking results, then an induction cooktop would be the best option for you.

When we compare induction with a gas cooktop then we have few advantages of induction over a gas stove like safety, speed, and energy efficiency.

Safety– an induction cooktop does not have any open flames or coils that produce direct heat so it is much safer than gas cooktops.

Speed– Induction cooking can be quicker than standard gas or electric stoves because the heat is generated directly in your cookware.

Energy Efficiency – An induction stove does not have any open flames or coils that produce direct heat so it is much more energy efficient than gas stoves.

It concludes that a person who wants to purchase this must-have to decide according to his own needs and requirements. If he wants to buy an affordable cooktop, then he would go for an electric cooktop because it is less expensive than an induction cooktop. It all depends on the priorities of a person. If a person is looking for a fast-heating cooktop or is more energy-efficient, he should buy an induction cooktop. The final decision is based upon his budget and the requirements of his kitchen.